Aḥmad, upon him peace

Aḥmad is the second of Prophet Muḥammad’s two proper names mentioned in the Qurʾān. It occurs only once in Sūrat al-Ṣaff, which is also called Sūrat al-Ḥawāriyyīn (cf. al-Suyūṭī, Itqān, Type 17), in the prophecy of Prophet ʿĪsā that there would come a Prophet after me whose name is worthier of praise (Q 61:6, ismuhu Aḥmad), such a Prophet being more praiseworthy than all Prophets, upon them blessings and peace, all of whom were eminent (maḥmūdūn) and intense praisers (ḥammādūn) (Baghawī and Qurṭubī, Tafsīrs, sub Q 61:6; Rāghib, Mufradāt, sub ḥ-m-d). The verse is usually translated as: And when ʿĪsā son of Maryam said: Children of Isrāʾīl! Behold, I am the Messenger of Allah unto you, confirming whatever is before me of the Torah, and bringing good tidings of a Messenger who shall come after me and whose name is Aḥmad (Q 61:6). Such a name, like that of Yaḥyā (cf. Q 19:7), was never given to any Prophet before (Aḥmad, Musnad al-ʿasharat al-mubashsharīn bil-janna, wa-min musnad ʿAlī b. Abī Ṭālib §763; hadith classed ḥasan according to Haythamī, Majmaʿ, Ṭahāra, tayammum), so that the prophecy leaves no doubt as to whom is meant.  Like Muḥammad, Aḥmad was little used by the Arabs before him. Linguistically, Aḥmad is a comparative of superiority—the emphatic afʿal form of (i) the participial adjective ḥāmid, “praiser,” and (ii) the verb ḥamida, “he praises/is praiseworthy,” aorist yaḥmadu, infinitive nouns ḥamd, maḥmada, and taḥmīd.

The Attribute of Praise

Ḥamd is homage (thanāʾ) paid for a voluntary gracious act, utter contentment (riḍā), and both the offshoot and apex of gratitude (shukr)—since, unlike the latter, praise (q.v.) publicizes past favors and can be gratuitous. Hence Ibn ʿAbbās (3bh-68/619-688) said: “He does not thank Allah, who does not praise Him” (Tafsīrs of Ibn Abī Ḥātim, Ṭabarī, and Bayḍāwī, sub Q 1:2; al-ʿAskarī, Furūq p. 39-40; al-Ṭanāḥī, Min asrār al-lugha, sub ḥ-m-d). The form aḥmad can bear, moreover, one or more of the following meanings:

Al-Qurṭubī cites a verse of poetry he attributes to Abū Ṭālib (d. 3bh/619), the uncle of the Prophet, in which aḥmad is used either as a superlative adjective in genitive construct or as a proper noun followed by three attributes:

Allah bears witness that Aḥmad is chosen [by Him], /
and comes first among the righteous, and is noble.

A Glorious and Ancient Name

The name Aḥmad thus formally signals that the Prophet combines glory and primacy in his person, the status of one who praises Allah before, more, and better than any other creature, being himself praised by Him more deservedly and abundantly than any other creature, the exclusive possessor of the “Sura of Ḥamd” (the Fātiḥa) among Prophets (Nasāʾī, Iftitāḥ, taʾwīl qawl Allāh wa-laqad ātaynāka sabʿan min al-mathānī; Tirmidhī, Faḍāʾil al-Qurʾān, mā jāʾ fī faḍl Fātiḥat al-Kitāb, ḥasan ṣaḥīḥ), “the most magnificent of praisers, the best of those praised, the most abundant in praise (aḥmad al-maḥmūdīn and aḥmad al-ḥāmidīn); with him is the banner of praise on the Day of Resurrection, so that the perfection of praise shall be accomplished for him and his fame be proclaimed on those plains with the attribute of praise, whereupon Allah Most High shall raise him to an exalted station as He promised him. There, the first and the last shall praise him for his intercession for them” (ʿIyāḍ, Shifā, III, fī asmāʾih ʿalayh al-salām), which intercession and praise both encompass the unbelievers (ahl al-jamʿ kulluhum cf. Bukhārī, Zakāt, man saʾala al-nās takaththuran).

The Prophet also said, as narrated by more than five Companions:

Truly I was [already], in the sight of Allah, the Seal of Prophets, when Ādam was still kneaded in his clay. I shall inform you of the meaning (taʾwīl) [or “beginning” (awwal)] of this. It is the supplication of my father Ibrāhīm (Q 2:129) and the glad tidings of my brother ʿĪsā to his people (Q 61:6); and the dream my mother saw the night I was delivered: she saw a light that lit the palaces of Syro-Palestine so that she could discern them.

Thus, in addition to its linguistic emphasis, the use of the name “Aḥmad” in the Qurʾānic verse also reflects its historical and creational primacy over that of “Muḥammad,” the sequences of praise implied by the former, and their next-worldly connotations:

“Aḥmad” was singled out as his name instead of “Muḥammad,” although the latter is the noblest of his names, for the following reasons: (i) he is mentioned in the Injīl by that name [see below, section “The Preferred Paraclete”]; (ii) it is his name in heaven; and (iii) his praise of Allah precedes creatures’ praise of him in the world and on the Day of Resurrection, hence his praise comes before his intercession for his Community while the praise of creation to him follows it.

Relationship with Prior Religions

Every Prophet has foretold his nation about the Final Prophet, but Allah Most High has singled out ʿĪsā with this mention [in the Qurʾān] because he is the last of them in sequence before our Prophet, upon them be blessings and peace. Thus He has made clear that the glad tidings of his coming involved every successive Prophet, until they concluded with ʿĪsā. (Qushayrī, Tafsīr, sub Q 61:6)

That “every Prophet has foretold his nation about the Final Prophet” is implied in the taking of the Divine Covenant from all Prophets (Q 3:81) and illustrated by Ibrāhīm’s supplication, Our Lord, and raise up in their midst a Messenger from among them who shall recite unto them Your revelations, and shall instruct them in the Scripture and in wisdom, and shall make them grow (Q 2:129), to which the Prophet referred in the above-mentioned hadith of al-ʿIrbāḍ b. Sāriya. Reports of varying strength cite Ādam, Nūḥ, Ibrāhīm, Mūsā, ʿĪsā, and other Prophets or their Scriptures (see Books) as possessing knowledge of the Last Prophet and his Community—upon him and them blessings and peace—notably the report of Ibn ʿAbbās asking the Successor and former rabbi Kaʿb al-Aḥbār: “What qualities of the Messenger of Allah do you find written in the Torah?” He replied:

We find him named Muḥammad b. ʿAbd Allāh. His birthplace is Makka, his place of migration Ṭāba, and his kingdom Syro-Palestine. He is not coarse of speech or boisterous in the market-places. He does not return wrong with wrong but forgives and pardons. His Community are the Oft-Praisers (al-ḥammādūn). They praise Allah on every occasion, happy and sad, and extol Allah on every height. They cleanse their limbs, wear the loin wrapper, and line up for their prayers just as they do for battle. The sound they make in their places of worship is like that of bees. Their callers [to prayer] can be heard in the air of heaven.

Since the corruption and abrogation of pre-Qurʾānic scriptures have mooted their probative value from the Muslim viewpoint, it is only as a curiosity that some exegetes and heresiologists—among the earliest ones al-Firyābī (d. 301/ca.914) in the 15th chapter of his Dalāʾil al-nubuwwa, entitled “On the Prophets’ Glad Tidings of His Prophethood”—have noted an echo of the “Aḥmad” prophecy of Q 61:6 in the Divine envoy identified by the Greek word paraklētǒs (pronounced para-KLAYtos) in several places of the fourth canonical Gospel:

And I will pray to the Father, and He shall give you another paraklētǒs…

But the paraklētǒs, which is the spirit of holiness, whom the Father will send in my name, he shall teach you all things…

It is better for you that I go away: for if I go not away, the paraklētǒs will not come unto you…

where the word is variously translated as intercessor, consoler, advocate, counsellor, and comforter. The latter instance is frank in its assertion that the coming of the “other Paraclete” is “preferable” (aḥmad) to the lingering of ʿĪsā on Earth. “He shall glorify me” (John 16:14) is understood as the resplendent affirmation, on the part of the Prophet Muḥammad, of ʿĪsāʾs humanity—upon them both blessings and peace:

the Evangel contains al-Masīḥ’s supplication—upon him peace—saying, “O Allah, send al-Bāraqlīṭ so that people might know that the Son of Man is a human being.” Abū Muḥammad [Ibn Ḥazm] says—Allah be well-pleased with him: This is clear as day to anyone who comprehends that the Masīḥ—upon him peace—knew that his nation would fall into excess and claim that he was Allah and that he was the son of Allah, so he supplicated Allah to send one who would show people clearly that he was not a god or the son of a god but only a human being born of a woman from humankind. And has any Prophet come after him who showed this clearly but Muḥammad—upon him blessings and peace? This could not be clearer to anyone of sound sense and fairness. We ask Allah to grant gratitude to whomever He graces with guidance!

The term paraklētǒs is rendered in the pre-Justinian (d. 566ce) Syriac version of the Gospels as mnḥmnā (vowelized munḥaminnā and manḥamannā by al-Shumunnī and Ibn Diḥya respectively) to mean more or less the same five things. Both the Greek and the Syriac words are cited in the earliest works of Prophetic biography and listed in the later recensions of the Prophetic names and lexicons of Arabized terms (Ibn Hishām, Sīra 1:232-233; al-Tallawī, Abdaʿ al-bayān, sub Q 61:6; al-Suyūṭī, al-Nahja p. 250-251; al-Khafājī, Shifāʾ al-ʿalīl p. 87; Guthrie, Jones, Watt, Muslim World articles).

It has been asserted by some modern Muslim scholars, among them the Qurʾān translator ʿAbdallah Yūsuf ʿAlī (d. 1953) and the Azharī author Aḥmad Ḥijāzī Saqqā, that instead of paraklētǒs, the mother manuscript actually had periklytǒs (pronounced peri-kluTOS)—illustrious, famous—or else both terms side by side; and that the latter variant was suppressed early on in the manuscript transmission, perhaps because it was mistaken for a diplology. While periklytǒs seems too strikingly synonymous with the Prophet’s names to be just an alliterative coincidence, nevertheless paraklētǒs is itself sufficiently consonant with his status of glorified arch-intercessorship (see Intercession) in the verse of the Praiseworthy Station (Q 17:79) and description as but a mercy to the worlds (Q 21:107) and grievous to him is your suffering; anxious is he over you, gentle to the believers, compassionate (Q 9:128). The same source (John 14:12–16:15) contains, moreover, an avalanche of correspondences recognizable to Muslims as unmistakable similarities, along with countless others in the Bible (al-Qarāfī, al-Ajwiba p. 165-166; Yusuf Ali, The Holy Qurʾān, sub Q 3:81 p. 148 n. 416 and sub Q 61:6 p. 1461 n. 5438; Saqqā, Hidāya p. 98 n. 1; Mufassir, “Who is the Paraclete?”). 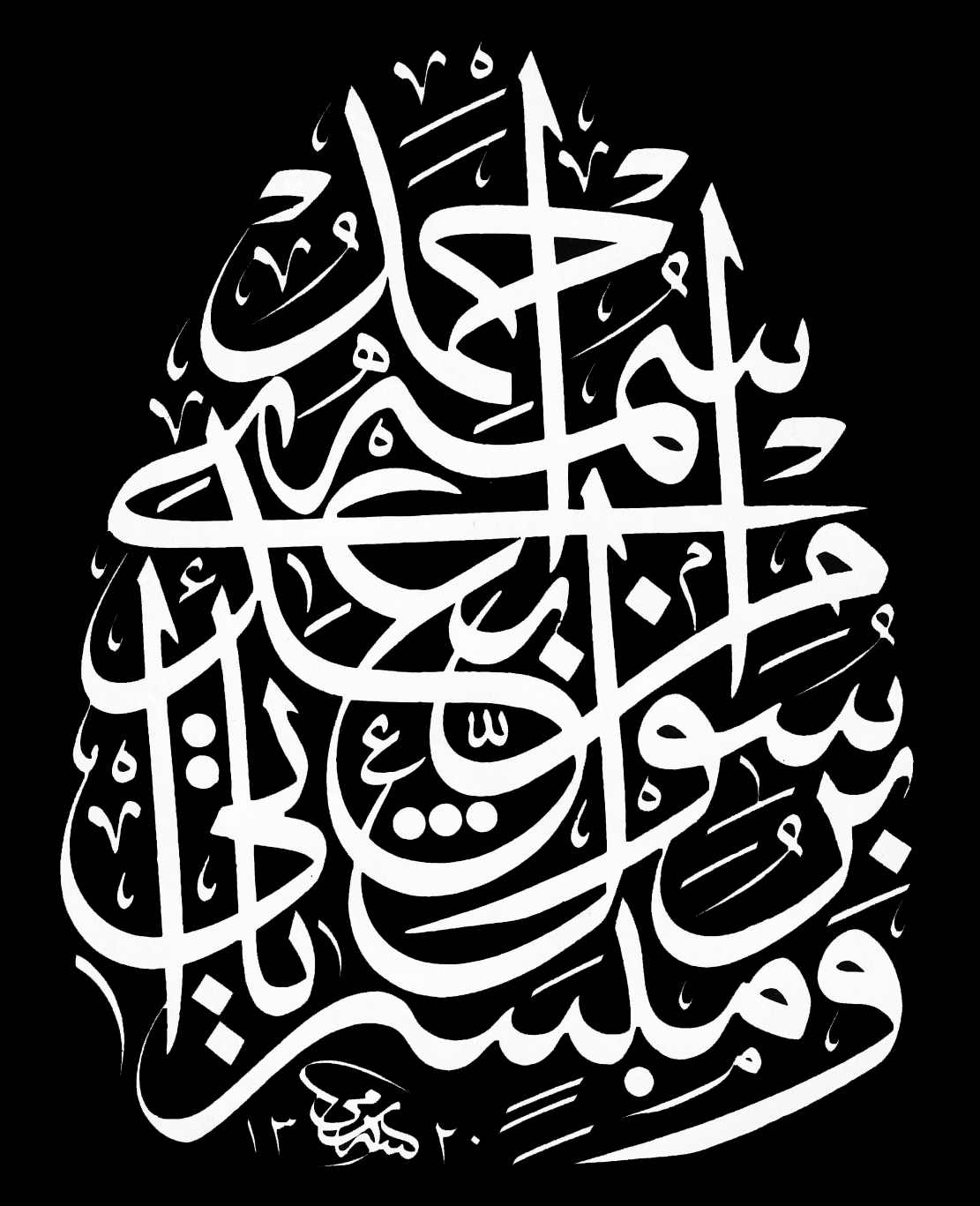